Critics of Islam write that the religion has been, historically, a vehicle for Arab imperialism, based on two important aspects: the prominence of Mecca and the insistence that the Quran must be studied in Arabic (I do not refer to Islamophobes here, who do not have the patience for even such a partially-nuanced argument). There may be some substance to this, although the rest of Islam, including its history, was created with considerable non-Arab influence.

However, such imperialisms are common to virtually all organized religions. When you have sacred geographies, and scriptural infallibility, you will have belief systems where the believers have to acknowledge the prominence of places and languages not their own. Hinduism is no different.

Suppose you are an old woman in a village in the far eastern part of Assam. All you have known or connected with in your life is your village community and the Brahmaputra, if it is next door. Then one day you die, and if your sons (it’s always sons, isn’t it?) can afford it, they cart your ashes to North India and immerse them in the Ganga, accompanied by hymns in a language you never knew. It is not much different from the Haj, structurally speaking, or rabbis insisting the Judaic Pentateuch can only be understood properly (that is, as Yahweh meant it to be) in Hebrew.

But when such structures cause the progressive disintegration of a society, one needs to be concerned. 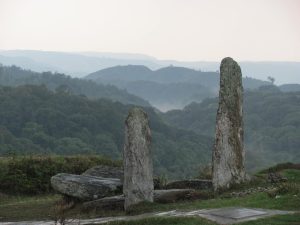 ‘Assamese society’ is a problematic term, and much hair has been split, and considerable blood spilt, because it is problematic. Broadly, it consists of people who speak Assamese as their first language. Over the centuries that this society was formed, it has been composed of Hindu caste elements and tribes. Of these, the Brahmins were said to have been descended from families out of Kanyakubja (modern Kannauj).

I will not go so far as to say that in the past this society was one long happy picnic in a still densely forested part of the world. No society has ever been like that, and in India, people never live with each other as much as near each other, in an ersatz community. But there was a semblance of fellow-feeling and not much overt falling out.

Of course there were religious influences from the rest of the country. This included appropriation of indigenous beliefs, and importing of others. The Kamakhya temple, which the scholar Banikanta Kakati concluded was built on an old sacred ground of the Garo tribal goddess ‘Kamekha’, was then fully integrated into the Puranic canon. Vaishnavism arrived in the Middle Ages, and songs were written about the ‘vrinda’ groves of far North India. This too, was inevitable.

For 600 of those years, from 1228 to 1826, and particularly for the last 250 years of this, Assamese society was under the political rule of the Ahoms, of Tai Shan extraction from northeastern Myanmar. They too were eventually Hinduised.

After the British came, however, the resulting Assamese middle class charted a course that I am deeply uncomfortable with. Finding themselves, for the first time in the history of the land, to be politically connected with the rest of India, they dug up the old gotras, the genealogies of their upper caste forebears. They looked west, seeking social legitimacy with the other middle classes of India, themselves composed of the upper castes. And in this process, there was a subterranean fracturing of Assamese society. Caste Assamese began to see themselves as different, as more connected to the great history of Indian (read Hindu) civilization than to their neighbours, the tribes.

Hindu beliefs and practices, rooted as they are in notions of ritual and genealogical purity, make it extremely difficult for truly multicultural, multiethnic social formations to emerge. Adherence to the caste system, or even the pale facsimile of it found in Assam, made it easy for caste Hindus in the 19th century to express disdain for ‘the tribal’, for ‘the hillman’, for the ‘Anarya’. These attitudes were gradually and easily internalized, until the fractures became profound.

And so the Nagas, with who Assamese society, particularly in East Assam, had such intimate connections, were estranged. So were the Garos and Khasis with West Assamese society. But that was just prologue. By the late 20th century, the Bodos asserted their difference, their separateness from Assamese society. A decade later, Misings, Tiwas and Rabhas, who speak Assamese at home, who celebrate Bihu (if a song and a dance can be the ultimate cultural identifier, which it can, in some cases), have periodically expressed intentions of going their separate way. Even the Ahoms, who gave so much to the land and its history, who created its true Golden Age, feel slighted enough to want their own space. This is unprecedented even by Indian standards.

How did Assamese society come to this? At the dawn of British rule, the emerging Assamese middle class had a choice. They could be true to their local heritage, or they could behave true to form and be what Hindu caste-based societies have mostly been: fractious, exclusivist, revisionist social formations that ignore existing realities for a mythic heritage.

Something similar happened in Manipur, although the Meiteis successfully held on to both Krishna and their local god, Pakhangba. But the Hinduisation of Manipur pushed away the tribes around them, a process worsened by the rise of the Meitei middle class during British rule. And therefore, lurking in the back of both the Meitei and Assamese mind has been the question — am I Hindu enough? And if I want to be more Hindu, what needs to be done?