It is remarkable how many memorable fictional characters are orphans, and how integral the idea of orphanhood, or absence of parents from the stage, is to fiction.

We need not even consider the Dickens universe, populated as it is almost wholly with orphans. Here the idea of orphanhood is a plot device, as in the case of Oliver Twist and Pip. Great Expectations, let us not forget, is about not just one or two, but three alternatives to traditional parental figures, if I may put it that way: Joe Gargery, the parent one wishes for; Magwitch, the benefactor as parent, and Miss Havisham, the parent as imagined, or alternately, the parent as instigator of worldly ambition.

The whole of 19th century British literature, from Jane Eyre to Jude to Eppie, is a long line of 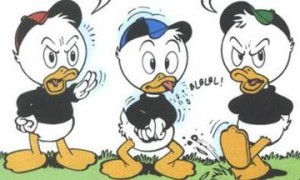 orphans. And there is Ishmael across the Atlantic, who caps the bleakness of Moby-Dick’s denouement with this: ‘On the second day, a sail drew near, nearer, and picked me up at last. It was the devious-cruising Rachel, that in her retracing search after her missing children, only found another orphan.’

One may say the idea of absence of parental figures extends to an absence of the establishment too, particularly in espionage fiction. James Bond, as establishment a character as the Cold War produced, is an orphan, his parents’ deaths specifically mentioned. This may be held as a parallel to his former career in the Navy, another notable establishment for Fleming’s generation. George Smiley’s antecedents are wholly vague, and his family ties deliberately nebulous. But le Carre’s early characters as a whole are orphans too, orphans of empire. As Bill Haydon in Tinker Tailor says, (and I paraphrase): ‘Brought up to inherit empire, only to have it taken away.’

The entire Disney universe is populated with orphans, making it necessary for Huey, Dewey and Louie to go live with Uncle Donald, and eventually with granduncle Scrooge. Walt Disney took for his last film the ultimate orphan, Mowgli himself, not to mention Cinderella, and Snow White and all the entries in the Aarne-Thompson list. And Bambi. Only 101 Dalmatians does not feature orphans in the lead, but it comes close, with the plot based on a search to complete a family. But one also finds the incorrigible Beagle Boys, and guess what they have, in addition to a bunch of nefarious plans? A mother.

A paragraph for superheroes, too, because almost all of them are orphans, with the act of orphanhood being sometimes a founding principle, such as for Batman, or twice-orphaned (as in some canonical works) Clark Kent.

Meanwhile, in science fiction, you have the orphan as standard trope (Ender in Ender’s Game comes immediately to mind), while Theodore Sturgeon’s characters, male and female, are deliberately positioned outside social structures, most with no explained antecedents, nor do 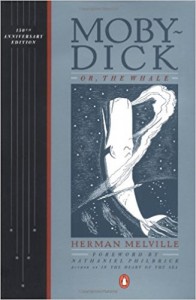 his plots require the necessity of such structures. These are orphans by idea, dexterously positioned to, as Sturgeon says ‘ask the next question’. Because antecedents are about asking the previous question, not the next.

And this might explain part of the enduring appeal of orphanhood in fiction. It leaves the character free to carry the plot forward either of her own volition, or by the author’s design, without the necessity of negotiating an additional set of restrictions. To put it in a different way, we wouldn’t have a Jungle Book if Mowgli was living in a village. He would have to go toil in a field the whole day.

It is not about deriving sympathy from the reader as an additional hook. Only a poor writer would angle for sympathy alone to make her character worthy of engaging with. It is about creating a certain structural vacuum around the character, thus creating several scenarios to further the plot. The orphan might need a family in the denouement, for one. Or the plot may have nothing to do with the necessity of a family, making orphanhood incidental to the plot. At the end of Moby-Dick, do we wish to see Ishmael safely at home on land, perhaps married with a child or two, in a regurgitation of the ‘new family as compensation for orphanhood’ trope? Hardly. We were there for the whale. And what about Moby-Dick himself? What do we know about his parents?

Incidentally, the ‘family as compensation for orphanhood’ trope can be elegantly (if I may use the word) turned out in a different kind of plot, such as in White Fang, another favourite. You want Fang to come home, and in just the way he finally does. That is good writing.

So, not to belabour the point, but why orphans? Perhaps because they are, in every sense of the word, free. Outside of fiction, imagine the character standing not at the end of a tree which may, or may not, be densely foliated. Instead, imagine the character standing at the beginning of a new story arc, left to her own devices, neither steered by the author (because this is the real world) nor by the birth-based compulsions of other humans. So this is the orphan as negotiator of her own future. This is her, contemplating eternity.

For the final word, I defer to Ishmael once again: ‘Our souls are like those orphans whose unwedded mothers die in bearing them: the secret of our paternity lies in their grave, and we must there to learn it.’

2 thoughts on “The importance of the orphan”