Bishto is the same age as Korok, and is the conductor and handyman of the only bus that comes to Deogan village. It is a decrepit vehicle: some sheets of metal hammered over an engine, with a few dozen seats. This bus travels from the Gond villages around Devi Hills to Balangir town and back, an uncomfortable journey because of the state of the bus and the roads in the district. There are no fixed timings, partly because the villagers don’t have watches, and partly because the bus follows its own rules. So it passes through the villages when it chooses to, and on some days just does not arrive. But every Gond knows the bus will appear when it is needed.

The vehicle has not been known to have come to a complete stop in the living memory of any villager. Nor has it ever been seen with its engine shut. The villagers, who seem to have thought a lot about the bus, say that if it were ever to come to a complete halt, or if its engine were to shut down, it would fall to pieces and lie scattered on the road, while Bishto would immediately turn into a parrot and fly away.

There is no reason why Bishto is specifically expected to turn into a parrot. Perhaps this is connected to his immense love for guavas, but neither Korok nor the villagers know where the story started. Bishto has one hand. The other ends in a stump. There are, again, different tales about how he lost his hand. One of the stories goes that he had picked up a bomb on a railway track on the other side of the river Tel. But this is unlikely, because Bishto has never been known to step out of the bus. There is even a legend that he came to life with the vehicle, but that would make him very old.

Bishto is among the most interesting characters I have come across in a while. He is much wiser than Korok about the larger world, and his responses are swift and definitive. When the Gond agitation against the mine starts, politicians become interested in the group of villages, and top leaders begin trickling in. Some arrive to be seen eating with the people. Others come with speeches. When a party begins requisitioning vehicles for a rally, Bishto (who is the spokesperson for the bus instead of the largely invisible driver) promises to bring his bus around to fill it with attendees, as happens at political rallies in India. He then takes the bus down the road and disappears. Nobody in the entire district sees Bishto or the vehicle again till 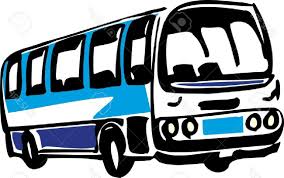 the rally is over, and nobody can quite understand how he pulled off the trick.

Bishto is there when the Gond elders travel to Balangir to meet Collector Behera, and he gets the driver to be careful on the road because some of the elders are frail old men. The guava fan is also the only person immune to the havoc created by young activists who arrive at Deogan. Many of them travel on his bus to Balangir, but the journey is too harrowing for them, and there is little they can do to bother Bishto afterwards. And of course, whenever Korok needs to go to Balangir, he only has to walk to the main road. He knows Bishto will appear.

So who exactly is Bishto? I wish I knew, although I have a few theories to explain his mysterious bus and him.

The Gonds of Deogan revere pens, which are small gods bound to specific places by rituals. One of my theories is Bishto could just be a pen of the bus, an entity created from the combined hopes of the Gonds and their relation with the world; somebody apparently as young as Korok, but wise about the ways of the state, politicians and policemen. That might explain some of the events in Year of the Weeds. Only a Gond pen would be so politically astute.

Some years ago I watched a Japanese Chanbara movie called 13 Assassins, a story as multi-layered as it is violent. One of the eponymous thirteen is Kiga Koyata, a man the other questing bushi find in a forest. He seems to have a supernatural ability to survive and healing powers which are not quite human. The implication is he is a yokai, a capricious spirit creature in Japanese mythology. Yokais appear in numerous folk tales, and although seldom major characters, bring an element of mystery into even prosaic tales from the countryside.

Bishto could just be a bit of a yokai. A small god, a pen of the bus who’s coming and going is apparently whimsical but might actually not be. But at the heart of it, even a small god’s loyalties can lie with its people, the folk mind from which it has emerged.

On the other hand, Bishto could just be a clever, cynical handyman on a battered old bus in a small corner of Odisha. I really wish I knew.