(In this, our totally unauthorised spin-off from the delightful Hill School Girls series, which you have doubtless read, a group of plucky students of the Hill School investigate the latest mysterious event in that institution)

A Coven? Or is it, as a witty backbencher commented, perhaps ‘AC Oven’? Who is the mysterious chronicler of the adventures of the Fabulous Four: Ayesha, Maitreyi, Elizabeth and Mahrukh? Who has such intimate details about their lives, their minds, their friends and the wondrous

Theories more intricate than Japanese puzzle boxes abound. Clues are examined in an interview of A Coven by noted writer Devika Rangachari. Is the writer a Mallu, or a Pashtun, or both? Which was the ‘odd school’ she went to? Is there actually a surviving copy of a ten-line composition she made in Class II? If only the investigators could get their hands on the priceless document!

The school’s designated find-outers, Tanu, Arundhati and Sandhya, are in hot pursuit. Personal messages, classified and encrypted, buzz like busy bees on cyberspace. A highly-placed informer code-named ‘Sam’ has some devastating clues to add to the mix. The game is afoot! The list of suspects grows ever shorter.

Where will this adventure lead? Read on to find out in the first of the Hill School Girls Investigate series!

Ye are warned — here be spoilers

Also, I haven’t read the book.

At some point, one imagines, Messieurs Kashyap and Motwane sat with a list of clichés and decided to tick on all of them. Arriving at ‘assassin comes to hospital to finish the job’, a cliché so venerable it has become a trope (see ‘Sickbed Slaying’), they decided to cleverly invert it. Therefore, instead of the detective entering a lift, and a second lift next to it opening to reveal the assassin, in Sacred Games we have the bad guy exiting from the same lift which Radhika Apte’s RAW agent enters.

At one point, the directors seem to be setting scenes up just for the heck of it. The Isa gang, chief rivals to Nawazuddin Siddiqui’s Ganesh Gaitonde, drive into his lair, climb out slowly (they’re Indian gangsters, so they take their time) and wave their guns around. Gaitonde’s men, meanwhile, have the high ground. What else did gangster Isa expect, eh? So the bad bad guys look around and drive away. A meaningless sequence that just makes the viewer wonder why it was included.

Hooker with a heart of gold? Check. Inversion: the hooker is a transgender, played awkwardly by Kubra Sait, ultimately killed at said gunfight at party. Love of the gangster’s life she was, too, and a talisman of some kind, although this part is never duly explored. I am told the character is only anecdotal in the novel, so including her here appears to be a case of clumsy tokenism. Now, I am not one of those who oppose cis-gender people portraying transgender characters. We really shouldn’t go down that rabbit hole because there will be no end to the debate. But in this case, the character of Cuckoo is not convincingly transgender, which is a flaw either in directorial vision or in the actor.

Each episode is titled after an excruciatingly laboured Hindu scriptural allusion (Atapi Vatapi? Really?), probably a throwaway effort at some Indian uniqueness. The gratuitous Indianness of the plot just begins to annoy after a while. So does the theme music, which I skipped from the second episode onwards. 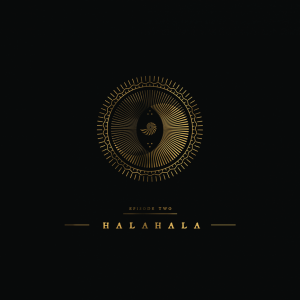 According to Indian scripture, ‘Halahala’ was the bland-tasting diuretic unsuspecting TV viewers were fed as punishment for their sins

Sacred Games has been compared to the Spanish-American production Narcos, the first season of which, despite a minor niggle or two, is actually quite good. The comparison is mainly, one suspects, because both are foreign-language crime productions, although Narcos does a very good job of fictionalising and crunching real events. Wagner Moura’s otherwise excellent Pablo Escobar was apparently criticised because his Portuguese-accented Spanish was far from the peculiar Medellin accent that someone playing Escobar should have had.

A similar complaint can be laid at the door of Siddiqui. After spending half of the first episode to set up Gaitonde as a Marathi Brahmin from the hinterland (the young Gaitonde is played by a Marathi speaker), there is a jarring transition to Siddiqui whose Hindi, alas, can only be from Muzaffarnagar. The only time he speaks a line of Marathi is off-camera, in an apparent dub in Episode 4. Could Siddiqui, known to be a good actor in the arid landscape of contemporary Hindi cinema not have worked, at least a bit, on his Marathi? Alternately, could the directors not have found a big-ticket Marathi actor if they wanted? Otherwise, they could have just given Siddiqui’s character a North Indian origin.

On the other hand, you have Apte’s very Marathi Anjali Mathur. One would not expect an American audience to notice this, but if Narcos could be criticised for these casting decisions, so can Sacred Games.

But the biggest crime in Sacred Games is how Bombay is treated. India’s only true city, a polis in the truest sense of the term, is barely portrayed here. Its diversity, its different lives and colours and stories. None of that comes through. The series could just as easily have been set in Delhi or Calcutta or Bareilly, apart from a throwaway scene or two during the 1992-93 riots. There are only interchangeable lanes and palatial locations.

The story arc is dull and plodding, and the viewer can see the supposed cliffhanger in the eighth episode a mile away. The expletives are artfully included, and wholly unconvincing. Indeed, several of the expletives are just clumsily assembled constructions, as if the scriptwriter was filling a quota of the required words anyhow. Expletives acquire a life of their own if organically included in the plot. There seems to be this assumption that a series based on the underworld must necessarily have swear words even when the writer is apparently not familiar with how they work in real life. This is just lazy writing.

And now, the good things in the show. Saif, while a limited actor, can be really good with some guidance. Here in the first four episodes his physical presence is compelling, while he does not speak, or is not permitted to speak by his superiors much. In the later four episodes, he carries forward his dour Sikh policeman ably. The smaller roles are superbly cast. Jitendra Joshi, who plays constable Katekar is excellent, as is the actor who plays his wife. Rajshri Deshpande who plays Gaitonde’s wife Subhadra and Shalini Vatsa who plays Kanta Bai are superb. Jatin Sarna as Bunty is also good.

We shall, of course, watch Season 2, even though we saw the Geiger counter and I have a horrible premonition about the next round of clichés. I just think that Netflix, for its first Indian show for an international audience, should have done a gritty reboot of CID.

Now that I would watch. It would, at worst, be an equal waste of time.