Sunday, December 6, 1992, at Ayodhya saw an event which launched my career. As a writer.

Only that, a full 25 years later, I have nothing to show as a writer! Not one piece published by any journal. A career launched by a momentous event; one that never really took off the ground, let alone make a mark in people’s mind.

A career that never was.

Rest in peace, thinker! Bury your pen! One that flowed with such flourish, with such wit and verve, over that, and all the later events. A critique of reason. One, which never saw the light of day.

Today, I celebrate the silver jubilee of that event. One that launched a career. One that never took off.

Who will ever say I was a thinker, or, even ever know that I felt and thought deeply — over events that engulfed my people, and my nation.

Who cares for a feckless, forlorn critic, and his critique?

Who cares for an unborn child!

Who cares for the pangs, and the pain, it never felt?

Who knows what joy or despair, what wisdom or folly, it would ever unleash once it came into the world and saw the light of day!

I was ambitious, but destiny had already carved my role.

“Only a pawn!” it wrote in my lifebook, and I took it lying down.

“OK!” I said. “One day, maybe, you will just change the script!” I said, and smiled and simpered, 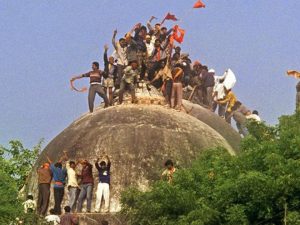 thinking that destiny would hear.

It did, I am sure; but it did not listen to my soft prayers.

Destiny kept playing footsie, and raised a 100 people all around me, raised them up for all the world to see, and crowned them — “Thinkers, Poets, and Wits !”

I was happy. Happy that my time, too, would come.

Today, I still wait. And smile, and simper!

I no longer write.

I retired my pen and sent it back to its quiver.

You see, I cannot justify the treadmill I put my poor pen through, if there is not even a speck of light to grace on its wet ink.

Who cares for wet ink?

Who gives a thought to inchoate wit and vision, not blessed by the publisher yet!

No higher purpose than the cheque at the end of the month.

So, why do I still smile and simper, and bow obsequiously, whenever I think destiny is looking my side of the town?

It is a habit.

Why should I abandon worn and trite habits?

They give me a reason to live.

And, while I live, I smile and simper all the more, whether destiny looks hither or not.

Also, I bow to it, obsequiously, every now and then, for the cheque I get every month end.

Once, I was ambitious. But, never was I an ingrate.

I believe in destiny.

There is little other reason I see in all those men, once fools and men of straw, risen to the ranks of wits, poets, emperors, generals, and statesmen, but for the play of destiny.

I think destiny is the mischief child of god.

A god, who has gone and parked himself in another Universe.

(Krishna Mangalam is a senior journalist with The Times of India)